where did the words go

every time I sit down to write, to participate in a DBM writing exercise, draw a picture write a freaking word -- I just can't

I'm doing good work with my therapist.  I don't want to say that "I'm getting close to something," because that doesn't seem to be the way this will work. Some of it is peeling layers, but mostly it seems to be taking bites out of things.  Banging my shin into the chair and trying to figure out what will help to heal it.

Or maybe it's just a matter talking with someone in a different way.  Open to some things, challenging others.  Cracking the door open to see how blinding the light is. Or how bitterly cold.


How long can I go on with the metaphors?

I just deleted a bunch of crap post about guilt and grief.  It's all been said before.  by me. A different context this time, but still. just displacement, I think.


I have been eating constantly for the last 3 or 4 weeks. Or crying or angry.  All the regular stuff, I know. Time of year, sick dog, and what-not.

Surely I am stuffing down some kind of feelings I am not ready to feel. I've picked up all kinds of tools and media to exorcise it from my body.

Last year, my sister celebrated her first mother's day -- the one she had been working (?), trying for for 6+ years -- at the funeral of her last remaining grandparent, our maternal grandmother.

This year is hard. Moreso than usual.  Beyond new therapy and anniversaries, I'm not really sure why. It's quiet. This week has been tumultuous, but today is quiet.  I try to remind myself that I am very lucky to have had the kind of maternal relationships I did have.  As complicated as any, but loving.  I mourn them.  I mourn the frustrations and challenges that come with those relationships.  I know that I am lucky to have had them. I know others whose relationships with their mothers were very different, very difficult, extremely painful.  Maybe that recognition is progress.  Less feeling sorry for myself? Probably not.

(My father called a little while ago; there is always a lot of space when he leaves messages, thinking as he speaks.  He said he wanted to say hello.  He would call later today. I know that he wants to hear that I'm okay, doing something productive, or not really caring.)

I don't. Well, no, I do.  But more than sad, I think, I'm feeling angry.  I'm not sure at whom, though, right now. My new therapist, G, suggested writing a letter to my OB, since I was so angry at him, but it wasn't really cathartic. I tossed around the idea of writing a letter to my body, since I'm hating it, angry at it. But that didn't really get off the ground either. C and I talked about getting a bunch of cheap dishes and glassware and just going somewhere and smashing it all.  Cursing and yelling and crying and all. I don't know.  I'd need someone else there, either doing the same thing or just being there for moral support, or egging me on. Or I could write all the failures, body and otherwise, one to a dish, and smash it. The idea of smashing is satisfying, but I don't know if it would accomplish anything. Or how to work the practicalities.  So, yeah, lots of anger, especially this morning. Now, after a nap, quiet.

As B said in an email yesterday, it's just a Hallm.ark holiday. Both her parents are gone now, and she's navigating new space. This is the first Mother's day without her mom, without her sons' grandmother.  The first anniversary is in a few weeks. I can imagine, but only sort of.

It was Wednesday, May 4.

As usual, the lead up was worse than the actual day itself, though I did find myself merged with the couch and unable to get up for several hours, despite the need to eat and do work.  I found myself somewhat triggered by the Bin Laden thing; even though I hadn't lost anyone directly in the towers, I did grow up in their shadow, and my father worked in Tower 2 for about 20 years. I think on the 43rd and on the 48th floors.  9/11 occurred about 4 months after my mother's death, just as I was starting to get on my feet again.  Like I said, somehow it triggered something.

It occurred to me this week that I have no more mothers.  (I have a mother-in-law, but I don't feel that way towards her, love her as I do.)  And I wept. It's the natural process of things, but I wept.

No more mothers. No children.  (I could say "yet," but that seems trite and let's face it, we have no idea.)

*****
I talked with my aunt yesterday, Tia, the one who addresses everything "Suzi, dear."  Her birthday was on the 30th and I wanted to wish her a happy mother's day, as she is a mother and grandmother, and has been a loving presence in my life, for my whole life. We talked for a half an hour.  It was so good.

Outside of catching up about Passover and family, she asked me about the boy's dates.  She said that she lights candles for them, on the yartzeit, at Passover and for Yom Kippur.  There are two other holidays, but she couldn't remember. :-)  I told her how much it meant to me.  She said that she loved me and and how important I am, and the boys are, to her.  She loves me and she loves them and will always remember them.

*****
In the midst of this, my brother's wife is still experiencing post-partum something: depression, anxiety, psychosis. My request that, after flying 1000 miles to see her,  I get to hold and interact with their daughter, my niece, triggered something else in SIL, exacerbating an already difficult situation. I think she hijacked his phone, his email. She apparently freaks out when anybody even talks about holding the baby, who was six months old a week ago.

She has major mood swings and freak outs over other things now.  My brother is working on setting up time with a therapist for himself to figure out how to deal with all this and get her some help, too. I'm worried about all of them.  My reflex is to get on a plane and go there, but I don't even know what I would do.

Sometimes it's easier to let go of that worry than others.  I mean, not perseverate.  Doing better.  Though I grieve my brother's relationship with the rest of the family.  My father and my brother went to the cemetery on Wednesday separately.  It's usually something they do together. Most of my father's family is buried there, as well as my mother's (both paternal and maternal grandparents, paternal aunt & uncle, and my mother.  My dad even buried some of my mom's dog's ashes along side her). My father had offered to help with arrangements for something for the boys, but we still haven't done anything.  I doubt we will at this point.

*****
Overall, outside of the anniversaries, I've been doing better.  Trying to work through things and feeling like there's some progress.  Still with the roller coaster, which I know is normal, but really, a pain in the ass.

I bought my sister two mother's day cards (one funny, one sappy) because I was feeling like it, and one for my aunt, but just couldn't send them.  I told my sister I had cards here for her, which she wouldn't be getting.  She told me that of course I didn't have to do that, but I told her the truth:  I was so happy to be able to get them for her.  I really was.  We were talking on my mom's anniversary; she had called to check in.

Despite the cards and everything else, and thinking about mother's day I shared a realization: sometimes I'm really tired of being happy for everyone else.  I love my friends and family, and I'm so glad that they have families and beautiful children.  But sometimes it takes work. And there's the hangover, after.  And the distance that sometimes grows between the haves and the have-nots. I want to talk with them, hear what's going on with them and the kids.  I initiate it even.

It's not that I resent it. I don't think that's it. It's just a whole different life, and sometimes it feels like this huge chasm.  Especially on FB, where I hear about (and see pics of) birthday parties and little league games and nights off when the kids are with grandparents.  And really beautiful pictures of my friends and family with their truly precious children.  And it makes me so happy for them.  And so far away from their lives.  One day I may have that.  I may not.  But right now, it's really hard.

*****
So, in honor of my mothers, I am going to briefly post a couple of pictures of them, but from long ago for some anonymity's sake.

Here is my mother and me on the day of my college graduation, 20 years ago.

picture removed
Here is a close-up of my mom from the picture above. 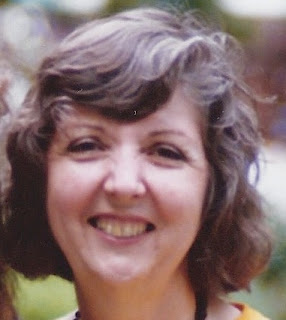 My grandmother in March, 2010.  This was during a visit from my aunt and a cousin, which she enjoyed tremendously and brought her great joy to talk about.  It was a few months later that she passed away, at 92. 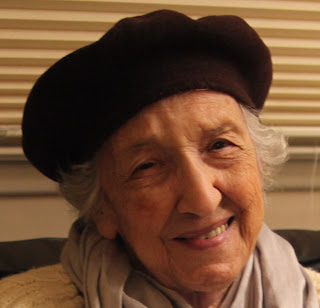 This one captures all three of us, in spirit at least, on my wedding day. My grandmother is helping me put on my mother's pearls.


picture removed
Did I mention that we accidentally scheduled our wedding for Mother's Day? A story for another day.


ETA:  I took down the two pics that had me in them.  I couldn't take down my mom and grandmother.  And I think it will be nice to come across these -- two of my favorite pictures of them -- when I'm not really expecting it.


*Please don't let this keep you from visiting or commenting. Please.
Posted by Sue at 2:00 PM 5 comments:

How We Got Here: The Long and the Short of it (as told by C)

My love a beacon in the night.
My words will be your light
To carry you to me.

The stars are not wanted now: put out every one;
Pack up the moon and dismantle the sun;
Pour away the ocean and sweep up the wood.
For nothing now can ever come to any good.

The time that I've taken
I pray is not wasted
Have I already tasted my piece of one sweet love?
Sara Bareilles